What Is An STD Screening?

There are many kinds of STDs and many kinds of STD screening tests, depending on factors such as your age, risk factors and symptoms. The Centers for Disease Control (CDC) estimates that 20 million new STD cases are diagnosed every year – and that number is growing. If you’re concerned that you might have an STD, it’s important to get tested so your treatment can begin promptly.

How Do You Prepare For An STD Screening?

If you are taking a urine test or having blood drawn, it’s important to stay hydrated the day of the screening. Staying hydrated obviously aids urination but also makes it easier to find a vein for a blood test. Making sure you have a healthy meal before your appointment can also help with mitigating the nausea that some feel after having blood drawn. It’s important to go in knowing what you are being tested for and what you might be able to expect from your results.

Finally, relax! We understand that the subject of sexually transmitted infections is sensitive and possibly embarrassing for some people, and will do everything we can to make sure you feel comfortable and not judged in any way.

Why Is An STD Test Performed?

Chlamydia
Chlamydia is a common bacterial infection most common among young women under the age of 25. Although chlamydia can infect the urethra, the rectum or the throat, the most common symptom is painful urination. Yet many people don’t have symptoms at all. Chlamydia can be treated by a course of antibiotics for both partners.

Gonorrhea
Gonorrhea is one of the most common STDs; it can affect the reproductive organs in both men and women, as well as mucous membranes in the mouth, throat, rectum – and even the eyes. Along with an abnormal discharge, men can experience pain in the testicles, and women may have pain in the lower abdomen. Gonorrhea is easily treated with antibiotics, but it can lead to infertility if left untreated.

Syphilis
Syphilis begins as a painless sore that appears in the days or months after sexual contact with an infected person. If untreated, syphilis progresses to a body rash. In the later stages, it can affect the internal organs, heart, and brain. An infected woman can also transmit syphilis to her baby during pregnancy and birth. Early or mid-stage syphilis is treated with antibiotics, but in later stages, it might require other medications.

Human Papillomavirus, or HPV
HPV is another very common STD, but the name actually refers a group of more than 100 different viruses, some of which can lead to cancer of the cervix, reproductive organs, and even the throat and mouth. HPV can cause genital warts or lesions, but many people have no symptoms at all. HPV has no cure, but its symptoms can be treated.

Herpes Simplex
Often called genital herpes or simply herpes, this STD can cause sores on the genital and rectal area, including the thighs. Herpes is a chronic infection that can last a lifetime, but symptoms can be treated with antiviral medications when an outbreak occurs.

Human Immunodeficiency Virus
Human immunodeficiency virus, or HIV, is a virus transmitted by sexual contact or the sharing of drug needles. This virus attacks the immune system so the body can’t fight off infections. HIV is chronic, but a variety of medications can help manage symptoms. The final stage of HIV infection is AIDS – acquired immunodeficiency syndrome, but not everyone with HIV develops AIDS.

What Can You Expect During An STD Screening?

A variety of STD screening tests can help diagnose STDs. If symptoms are present, a physical exam can often diagnose the specific type of sexually transmitted disease. But if it cannot, or if more information is needed to confirm the diagnosis, doctors turn to STD screening tests such as urine samples, blood tests or swabs of infected areas, depending on your circumstances and the symptoms you may have.

What Is The Followup To An STD Screening?

If you’re sexually active, and especially if you have multiple partners, your doctor may recommend routine testing at least once a year, even if you have no symptoms. At Yaffe & Ruden, our doctors will help you get the STD screening tests you need and plan the treatment that’s right for you.

What Are The Potential Risks For An STD Test?

In general, the risks of getting screened for sexually transmitted infection are far less significant than the risks of not getting tested. Most STDs are easily treatable, but failing to detect an infection early on can lead to more severe, even permanent health effects. Getting a blood test may result in bruising or soreness in the area where the needle was inserted, but this should typically go away after a couple days. There is also the very rare possibility of a false positive test result, which could result in needless anxiety and embarrassment.

Are There Other Related Tests To An STD Test?

Medical Offices of Manhattan offers a variety of other diagnostic tests and screenings for a number of conditions ranging from anemia to many types of cancer. Schedule an appointment with us if you notice any unusual changes in your body that may be symptoms of an undiagnosed condition. 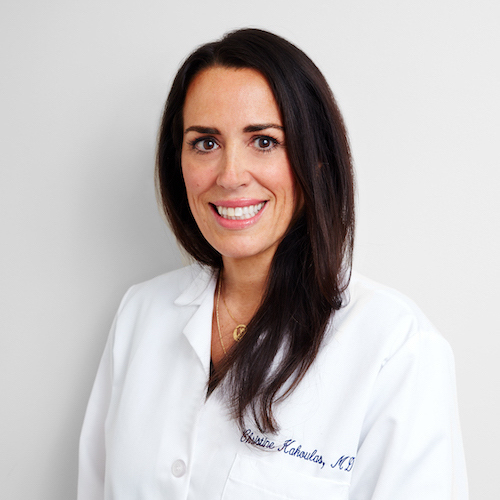 By: Medical Offices of Manhattan
Reviewed By: Christine Kakoulas, MD