What Is A Behavior Disorder?

Behavioral disorders involve a pattern of disruptive behaviors that can have negative effects on the individual and for those around them. There are a number of conditions that fall under the larger umbrella of behavioral disorders. Behavior disorders are a broad classification of varying disorders with numerous different subtypes. To name a few there are; Depressive, Mania, Bipolar, Anxiety, Schizophrenia, Personality Disorders, Attention Deficit Hyperactivity Disorder (ADHD), Conduct Disorder, Obsessive-Compulsive Disorder (OCD), Post-Traumatic Stress Disorder (PTSD), Dissociated Personality Disorder, Oppositional Defiant Disorder (ODD), mood disorders, and eating disorders.

What Are The Causes Of A Behavior Disorder?

The causes for each behavior is different for each condition. However, for most conditions, the disorder may develop in childhood and last into adulthood. Some underlying causes could be:

What Are The Signs And Symptoms Of A Behavior Disorder?

The signs and symptoms of each behavior disorder vary depending on the condition.

What Are The Risk Factors Of A Behavior Disorder?

History of behavior illness can include some of the following:

How Are Behavior Disorders​ Diagnosed?

A primary care physician, or psychologist, may be able to diagnose some behavior disorders during a physical exam upon reviewing the patient’s medical history. Many cases may require the attention of an expert in mental health or childhood development, depending on the disorder.

What Are The Possible Treatments For A Behavior Disorder?

Are There Preventative Steps Or Measures To Avoid A Behavior Disorder?

Behavior disorders are complex in their pathology. There is no evidence of ways to avoid developing these disorders entirely. However, it is possible to try and manage symptoms. Be conscious of certain triggers that might elicit a response or exacerbate symptoms, and create a plan of how to avoid them.

What Are The Risks If A Behavior Disorder Is Left Untreated?

Leaving behavior disorders untreated can lead to poor quality of life for the patient as well as those closest to the patient. Conditions can worsen without seeking proper treatment or rehabilitation.

Behavior disorders consist of a broad category of varying disorders ranging from depression and anxiety to bipolar and schizophrenia, along with many more. Each disorder has numerous sub-categories with specific corresponding treatments. 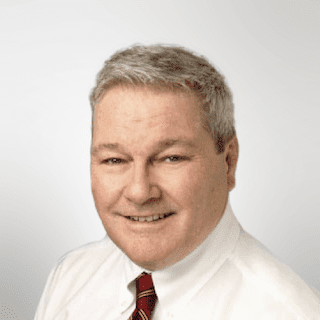 By: Medical Offices of Manhattan
Reviewed By: Sandy Lowe, MD