Diet could Stop Cancer from Spreading

The diet that could stop cancer from spreading

One of our Cardiologists from our sister practice Manhattan Cardiology and co-founder of LabFinder, Rober Segal, MD, was quoted in an AOL article about using diet to combat cancer.

Every year—shortly after National Breast Cancer Awareness Month in October—the American Cancer Society reports that roughly another 1.7 million new cancer cases have been diagnosed. That’s a staggering number, but here’s something all cancer patients can be hopeful about: Research suggests that not only can diet help prevent the disease, but there’s also evidence that what you eat can also help keep cancer from spreading or recurring. Here’s what cancer experts have learned about the best dietary approach for cancer survivors. Check out other good-news statistics about cancer. 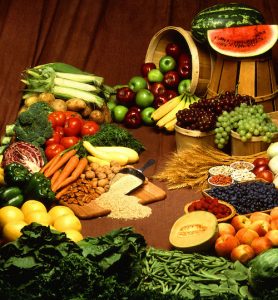 In a 2002 study, researchers found that an estimated one-third of all cancer deaths in the United States can be attributed to diet. But conversely, “Good nutrition may reduce the incidence of breast cancer and the risk of breast cancer progression or recurrence,” wrote Natalie Ledesma, RD, in Women’s Health Matters, a publication from the University of California, San Francisco. Research published in Nutrition Reviews found that the foods you eat—and, importantly, the things you avoid—can dramatically reduce the risk of cancer returning. In this review of studies on diet and cancer recurrence, the researchers found that a generally healthy diet could lower future cancer risk by about 25 percent; following a high-sugar, high-fat Western-style diet nearly doubled the risk of return. Alcohol didn’t help either: The more people drank, the higher their risk of recurrence.

The popularity of low-carb, high-protein diets has made grains an endangered species in the American diet. The fear surrounding gluten hasn’t helped. Whole grains are an important source of cancer-fighting nutrients, including fiber.

“There’s a lot of evidence that fiber fights cancer,” says Robert Segal, MD, founder of Medical Offices of Manhattan. “In populations that have high-fiber diets, colon, stomach, and breast cancers are a lot less common.” And they’re less likely to reoccur when people get plenty from their diet, he says.

It may have something to do with the way fiber alters the effect of hormones like estrogen—which is linked to some types of cancer. Fiber can also bind with certain carcinogenic compounds and help move them out of the body. Most Americans get only a fraction of the 40 grams of fiber they need daily, averaging between 10 and 20 grams a day. Whole grains like oats, brown rice, and quinoa are a great way to reach that quota.