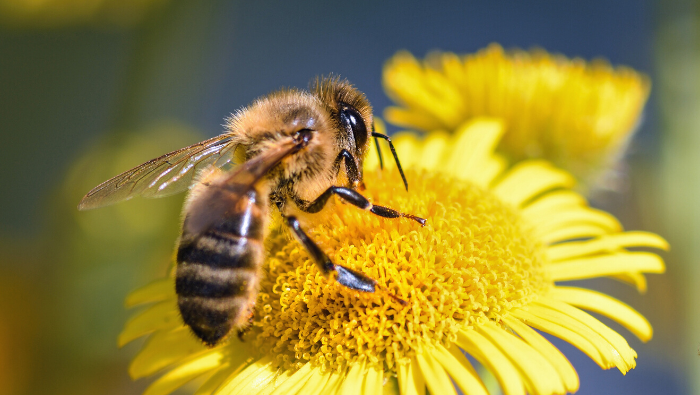 How to Treat a Bee Sting

Since going out to eat is probably going to mean eating outside for the foreseeable future, you might want to be prepared for what could happen if some unexpected guests show up for your next picnic. Bees are necessary to the environment and will mostly leave you alone if they’re not provoked, but their stings are painful and can cause swelling, redness, and itching if you’re not allergic, and more severe symptoms if you are. It’s a good idea to be prepared and know what first aid to apply in case of a bee sting.

Are You Allergic to Bee Stings?

While bee stings are ordinarily painful but relatively low-risk, the threat is significantly compounded if you have an allergic reaction to bee venom. Severe allergic reactions can result in hives, fainting, nausea, or even potentially fatal anaphylaxis. Getting an allergy test can help determine whether you are at unusually high risk. People with severe allergies should carry an EpiPen in case of a serious reaction. Call 911 immediately if you or someone you’re with is showing signs of anaphylaxis.

How to Avoid Getting Stung

Getting stung isn’t fun, and it’s best to try and avoid the whole ordeal altogether. If you’re having a meal outside, keep all food in airtight containers and dispose of food waste that can attract bees. If you’re drinking a sweet beverage, it’s usually best to use open, clear containers so that you can see if a bee has found its way into the drink. Wear closed-toed shoes and avoid loose clothing which bees may get inside.

Driving with your windows rolled up will prevent bees from getting into your car and causing a dangerous scene while you’re behind the wheel. Take extra care when mowing the lawn or doing yard work that may upset a beehive or wasp nest. Above all, if you do find a hive or nest, do not attempt to deal with it yourself! Call a professional to safely remove it.

How to Treat a Minor Bee Sting

If you do not have a serious allergy, an ordinary bee sting generally won’t cause major side effects beyond sharp pain, redness, and itchiness in the immediate area of the sting. If you are stung by a honey bee and the stinger has been left in the skin, remove it if you can do so. Thoroughly wash the area with soap and water to avoid possible infection. Applying ice to the sting immediately after can help with reducing pain and swelling.

If the sting is still bothering you after washing and icing the area, you may also want to take an over-the-counter pain reliever such as ibuprofen. It’s important not to scratch the affected area, as this can make things worse. Try applying calamine lotion to deal with the itching and redness.

There are a number of home remedies for bee stings, which vary in effectiveness. Some of the most popular include:

Baking Soda – A mixture of water and baking soda, applied thickly to the sting area, can help alleviate the itching and burning caused by bee venom.
Oils & Lotions – Aloe vera lotion can reduce burning, itching, and pain while helping the skin heal. Essential oils like lavender have also been shown in some cases to have a positive effect on reducing inflammation. Mix a few drops of essential oil with coconut or olive oil and apply it to the skin.
Apple Cider Vinegar – Soaking the affected area in apple cider vinegar can help neutralize the painful effects of the bee venom.

What About Murder Hornets?

Finally, you may have heard about the so-called “murder hornet” (also known as Asian giant hornets), an invasive species of insect which has recently emerged in the United States. These huge bugs can be over two inches long and pose a threat to native honey bee populations. Their sting is excruciatingly painful and can cause death if you are allergic or stung several times. They are most often found in low-lying, forested areas, and comparatively rare in open plains or high altitudes. While Asian giant hornets can travel long distances, they are usually much less aggressive when far from their own territory.